Dealing with your teenagers can seem so difficult, at times. And it doesn't only seem tough – it IS tough. In this post well talk about why teenagers seem so erratic and out of touch from us. You will understand what it means to have a teenage brain and what you can do to help both you and your teenagers survive adolescence.

“You know something? I just don’t recognize her anymore. That’s not the child I used to have”.

Those sad words were how Daphne tried to explain her experience with Shannon, her eldest child (this case illustration is fiction, but based on true cases). Shannon was 12 years old when Daphne came to consult me and had a younger brother, aged 8. Daphne reached out to me because she felt she has to do something about her parenting, after having some really rough days with Shannon.

Shannon was always what you might call a “comfortable kid”. Both as a baby and as a little girl she was pleasant can mostly calm. But recently, something in her just changed. According to Daphne, all those qualities she liked in Shannon just went out the window.

Suddenly, Shannon started disrespecting her, rolling her eyes and flat out ignoring her. Daphne described Shannon as “barking” at her, instead of talking. For example, whenever Daphne asked Shannon to do something, as little as taking her plate from the table to the sink, Shannon replied with an angry “Okay okay! I HEARD YOU!”, and continued with her own stuff.

“How do you feel inside in those moments?”, I asked Daphne.

“I just feel like my entire body is tensing”, she replied. “It’s like an angry wave riding through my body and all I can do at that moment is just yell at her to stop talking to me like that”. Of course, screaming and yelling didn’t help at all. Things only escalated, both mother and daughter came to scream at each other and things usually ended when Shannon entered her room and shut the door loudly behind her.

As Daphne described those experiences, it was clear how painful it is for her. I listened to her and told her that she was actually right. Shannon simply wasn’t the kid she used to be. She’s the same person, but now – she’s a teenager.

The Drama of Teenage

When we have a child, we watch with awe how he develops from a helpless baby who can barely rollover to a little kid how can run, talk and laugh. We are thrilled when their personality starts to come out. Suddenly, this toddler has areas of interest, questions, and ideas. Our relationships develop, change their shape and we start to have a reciprocal language and shared experiences.

And then, all of a sudden, they reach that age when they are less childlike. Suddenly their bodies elongate and develop in high-speed. Soft and round faces are suddenly more pronounced and edgy. Their personalities change and become less soft.

Our kids start to care more about themselves and their friends and less about their relationship with us. The usual ways we communicate with them doesn’t work anymore. And our image in their minds breaks down. Suddenly, you get so many eye rolls, it’s a miracle their eyes don’t get stuck mid-roll.

The Teenager Brain – Stuck in the Middle

As we grow from babies to adults, our brains change rapidly. One big change occurs in this difficult period we call puberty.

The child who becomes a teenager suddenly cares about things that he or she never knew about before. They think and care about complex issues such as relationships, morality and society, romance and sexuality, personal voice and so much more.

It looks as if our little kids became little adults all of a sudden. And we expect them to act like adults, accordingly.

But that’s our mistake. It’s an illusion! While their mental capacities hurry into the adult world, teenagers’ emotional capacities lag behind and stay, in a sense, in a child’s world.

The teenage brain is stuck in the middle. Between the innocent, simple and emotional world of childhood, and the exciting, complex and scary world of adulthood. Why is that?

The answer lies in the difference between how different parts of the brain develop. There is one – super important part – that takes its sweet time maturing.

That part is the Prefrontal Cortex, which is located behind your forehead, right about your eyes. The Pre-Frontal Cortex (pFC for short), is a highly developed region in human beings (less so in animals). This is the area of our brain that allows us to plan ahead, understand consequences and see things in a complex way. It is also in charge of regulating our emotions.

As you can see, the pFC is responsible for all those things that kids and teenagers aren’t really good at. When it comes to children, we just don’t expect them to know how to plan ahead, understand the consequences of complexities, etc. But when it comes to teenagers, we are confused.

Hit the Iron While It’s Cold

Raising a teenager is kind of like doing a workout for your ring muscles. You need to move gently between flexing and relaxing.

When our kids grow into teenagers, they seem like hungry wolves. They eat a lot, but they also bark and bite. We feel like we lose control. And when we’re losing control, our natural response is to tighten our grip.

But if we try to be more controlling, more forceful, with our teens – we are most likely to escalate the situation. That is because our kids will do the same. They will be more forceful and controlling. But this time they are not little 3 or 4 years old, which exhausting as they can be, eventually can’t really do much.

When Shannon “barks” at her mother, Daphne feels attacked and helpless. Shannon is stretching the limits, breaking their old “contract”. Daphne feels scared and hurt. This is a whole new territory for her and she doesn’t know how to react.

Her natural response is to go back to patterns that used to work. In the past, being more authoritative worked. But Shannon is not five years old anymore. She sees things differently. When Daphne is being angry and assertive, Shannon feels attacked and reacts by fighting back.

This is a classic example of escalation between parents and teenagers, and usually, it ends with an explosion of anger, frustration and banging doors.

As parents, you’d be better off if you could stop the escalation as soon as possible. Usually, parents try to hit the iron while it’s hot. But we should try and be parents, and not blacksmiths.

Just like with tantrums of little kids, also with teenagers, we can’t really think and talk about whats going on in the middle of the anger storm. We can’t look at ourselves and at our kids with curiosity and respect, and they can’t do that with us. We simply can’t have a real talk when everybody is angry. Trying to do so is usually futile.

When working with Daphne, I helped her avoid escalation in those hurtful, angry moments. She did this by practicing her capacity to wait, instead of immediately reacting. When Shannon rolled her eyes and grunted at her, Daphne learned to clench her teeth, take a deep breath and calmly say something like “This behavior is unacceptable by me. I understand that you are upset at the moment, and so I am, so we will talk about this later when we are both calmer”.

The first Daphne did this, Shannon looked at her with perplexion in her eyes. She was so used to the struggle, she didn’t know what to do. Eventually, she rolled her eyes and mumbled: “Ok, Whatever”. The tension didn’t resolve immediately, of course, but the crisis and explosion were averted. Later that day, when they were both calmer, Daphne talked with Shannon and explained her view of Shannon’s disrespect.

With time, Daphne and Shannon managed to have several honest conversations about their relationship. Daphne was moved and surprised when Shannon told her how painful it is for her that they both lash out at one another. Shannon said tearfully that she has no idea how to stop it.

Daphne was able to share with Shannon her appreciation to her adult and responsible parts, as well as her frustration of those moments when they escalate to anger. Both mother and daughter felt closer to each other like they didn’t feel for a long time. They each understood that their relationship entered a new phase. With those conversations they drafted a new “contract”, meaning they each shared their expectations from each other. Shannon expected to have more independence and respect, for example, while Daphne expected to be treated with respect as the adult of the household and asked that Shannon won’t shut her out of her life.

By doing so, both Daphne and Shannon took a huge step into creating a more relaxed relationship. As much as possible, of course, because this was still adolescence.

Want to learn more about the teenage brain? Here is a great TED talk by Sarah-Jayne Blakemore

What simple parenting technique can help you resolve sibling fights; teach your children to solve problems; nurture their empathy muscles; and build their confidence? It’s called Sportscasting and it involves a simple trick: narrate what your children are doing, with no judgement. It’s a bit more complex than that, though, so tune in to this…

Welcome to the second session of Dear Apparently Parent, the Q&A sessions in The Apparently Parent Podcast. As always, I answer one question that was sent to me by one of you guys. In today’s session, I’ll answer the following question: My 4yo is super stubborn (I can only blame myself, she got it from…

Ever asked your child to do something and got crickets? Do they just ignore you or promise to do as asked, but then go on with their lives as nothing happened? Well, I got a little trick that may help you. Moving from an active to a passive voice is one way to get more…

Today we are going to talk about something that every parent deals – how to react if your child hits you. Please note that I’m not talking about situations in which teenagers or young adults are violent towards their parents in a dangerous manner – this is a different issue altogether and should be dealt… 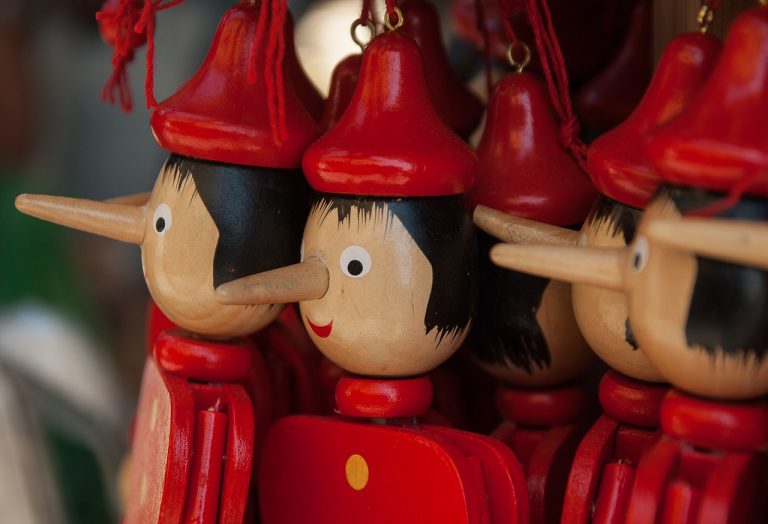 Let’s face it. Everybody lies. Birds do it, bees do it, even educated fleas do it. I know you’re doing it as well from time to time. But as parents, ave you ever wondered what is the best way to teach children to stop lying? If so, read on. Here’s something that happened in our…

Welcome to the 20th episode of The Apparently Parent Podcast! 🕺💃🥂 Such an arbitraty number, yet such a fun milestone to celebrate. So first – I want to say thank you to everyone of you who listens to the podcast. Because you are the reason I’m doing this (and having fun in the process!) and…