So, here we are again in our series of posts about The Attachment Theory. This is the last of the bunch, for now. Just to recap, the first post told the story of John Bowlby and how he came to develop the theory. The second post explained what is the attachment system and why it’s important. In that post we also touched briefly on the concept of secure and insecure attachment. Now it’s time to expand on that issue and start to look into the attachment patterns.

Please note: these posts are more of the theoretical, explanatory type, and less of the let's understand what's going on and learn what to do with it type. Those are more characteristic of what I want you to find here, but the attachment theory is such a fundamental concept for my message, I just had to write those.

Well, enough chit-chat, let's do this!

As I wrote in the first post in the series, the attachment theory is not a one-man show. Bowlby is known as the progenitor of the theory but other people added major contributions to the theory as it is today.

One of those people, and a really important one if you ask me, is Mary Ainsworth. Ainsworth was a developmental psychologist who worked as a research assistant to Bowlby and grew to be a leading partner to his work.

Ainsworth started by conducting a simple observational research where she and her aids observed mothers and their babies for 72 hours(!). She started to notice several patterns of behavior, mainly what she classified as secure and insecure behavior of the child towards the mother.

After that research, she developed the research paradigm that is known as the hallmark and basis of many attachment studies – The Strange Situation. A typical study with the strange situation goes like this:

Here’s a short clip that demonstrates the study:

As you can see, there are two important points in the study: separation and reunion. Now, remember that in the second post we said that the attachment system is triggered when we are stressed? The strange situation does exactly that – the child is stressed by the separation and we can observe how he reacts to that and also how he accepts the parent’s return.

Ainsworth analyzed scores of tapes like this one and found that the reunion phase is the best indicator of the attachment of the child to the parent.

From here, Ainsworth and her colleagues defined three distinctive patterns:

Secure Attachment – when the child tries – and succeeds – to achieve proximity to the parent regain security. It’s important to notice that the secure babies were actually stressed by the parent’s disappearance. However, they could calm down when the parent returned to the room and actually moved toward the parent to “refuel”. The emphasis here is on flexibility on the part of the baby. Remember that word, it’s crucial to everything I want you to learn in Apparently Parent.

Insecure Avoidant Attachment – The avoidant babies reacted quite calmly to the situation. When the parent left the room they just kept playing, as if not caring. When the parent returned they kept to themselves, not going towards the parent (but not  necessarily rejecting her).

It seems like they’re really cool about everything, but later studies showed that even if the babies seem cool, their hearts were racing and their cortisol level skyrocketed (that’s a huge sign of stress).

Insecure Anxious Attachment – The anxious babies (AKA ambivalent) had a hard time committing to playing in the room, even when the parent was around. They were just too busy looking for the parent and seeking his or her approval. When the parent left the room they displayed a lot of stress. When the parent returned, these babies fluctuated between two options: the tried to connect to the parent on the one hand, but also rejected him on the other.

But wait, you probably think, you promised us four patterns, and I see only three!

Well, Ainsworth had a fourth group of unclassified children. They should erratic and strange behavior upon the parent’s return. For example, they ran to the parent and suddenly stopped, froze and ran away.

In later studies, another important researcher, Mary Main, classified those children in the Insecure Disorganized Group. She hypothesized that this kind of attachment occurs when the parent is experienced by the child as both a safe haven and a source of threat, and the child is caught between two opposing drives – approach and run away. 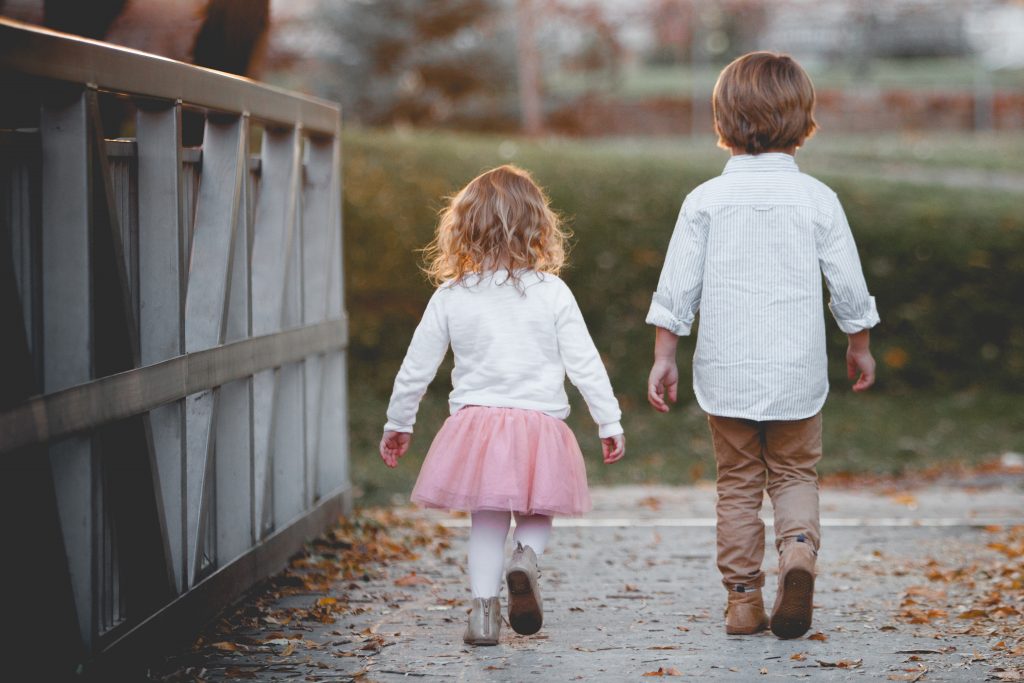 From Cradle to the Grave

The Strange Situation opened the door for a huge amount of studies that looked into how these patterns manifest over the years. For example, kids how were classified as secure as one year old babies were emotionally open as six year old kids. They could talk freely about how a character in a photo feels and what does it need and were happy to look at a picture of themselves as babies.

The avoidant kids in the same study looked different as six years old. They could recognize a character’s feelings but were clueless as of what could help her. They also didn’t care to look at their own baby pictures. The communication with their parents was much more restrained.

The anxious kids could offer some solutions to the character in the photo but also expressed anger towards the situation. They were willing to look at their baby picture but didn’t seem happy about it and their communication with the parent was two-faceted – they sat on their lap one minute and moved away angrily a moment later.

The disorganized kids at six years had no idea how to react to the character in the photo, didn’t know how it felt or what it could do. They were paralyzed when their own picture as babies was presented to them and the communication with the parents was erratic.

What do attachment patterns predict?

To be fair, this is a huge, tough question that’s wayyyy out of the scope of this post. Also, we must be very careful when trying to project and predict from one trait into the future. As much as I love the attachment theory and think it's useful – I remember that human psychology is much more complex than simple “if this than that” rules.

However, I can say that broadly speaking – secure children tend to grow up into self-confident and resilient adults. And hey – that’s exactly what you want your kids to grow up into, no? After all you’re here!

But please note, it doesn’t mean that insecure children will grow up to be weak, fragile and ill adults. Not at all. However, they may find it hard to deal with several situations, especially those that are related to relationships.

And, well, it goes without saying that there’s a big chance that you, who are reading this, may feel that you have or had an insecure attachment to your parents. Does it mean anything bad? No! Does it mean you’re done for and couldn’t raise resilient and healthy children? NOT AT ALL!

Attachment patterns are known as personality traits that are formed early in life. However, two things are important to know and remember:

First, we don’t look at attachment patterns as rigid categories anymore. Researchers and clinicians view attachment patterns as moving on scales. And were there’s fluidity, there’s an opportunity of change, which leads me to the second point. Attachment patterns can change. Either by going to therapy, or by having better relationships with other people in later years, the evidence shows that people can move towards more secure attachment.

So, even if you feel that your childhood was of the insecure attachment type, fear not and despair not. You may find that it affects your parenting sometimes, but this is EXACTLY why I created this site – to help you step from one point to another – to gain knowledge of your inner world and learn how to be a better parent to your children.

In that sense, I’m really happy that you’re here. I hope you are too.

If your children have been in quarantine due to COVID-19, going back to school could be hard for them. Fears of infection, re-acclimating to a new routine, saying goodbye to being at home. All of these could present problems for your children. In this episode, you’ll learn who to help your children with this transition.e… 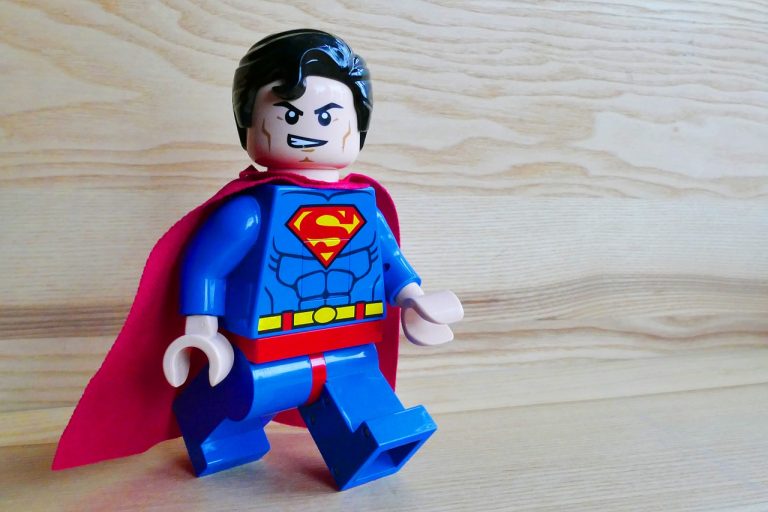 So, you may have heard the term “Attachment theory” thrown around every now and then when it comes to parenting. You may have even heard about “Attachment Parenting”, and you may wonder – if this guy is about attachment and about parenting, so – is this an attachment parenting blog? Well, no. But this IS…

Right next to my son’s kindergarten there’s a public playground, which he loves to go to after school. On one day, recently, we went there as usual, and as the kids were playing the parents were doing what most of them do on these occasions – chit chat with each other and gaze at their… 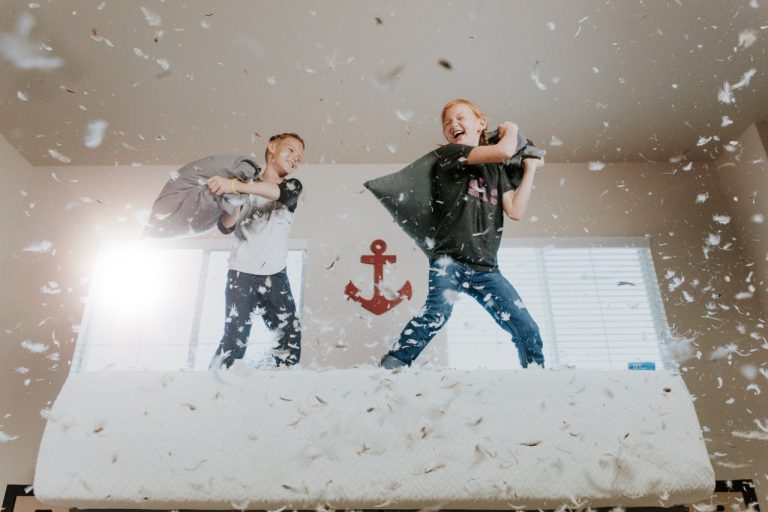 Have you ever felt as if your child can be such a brat at home but all you hear from his or her teachers is what a lovely, caring and cooperative kid you have? You might think to yourself “Hey kiddo, if you can manage this good behavior at school, why are you being such a pain at home?”
This can be really frustrating. I know. You may think “What am I doing wrong here??”, but I am here to tell you that you are actually doing something RIGHT. Wanna see how? Read on.