Disclaimer: In this post, I want to share with you my thoughts about how to talk with children about God, religion, and belief. It is not my goal to tell you what to think or believe or what you should teach your children.

One may think that the answer to the question “How to talk about God with children” is pretty simple. Something like “every parent should just say what he or she believes”, right?

But sometimes the reality we live in is not that simple. Take, for example, the country in which I live. My country (Israel) is basically a secular country, but religion is very present throughout our daily lives, even if we lead a secular life (like I do).

And even if you live in a place where religion and God doesn’t have a very prominent presence, it’s an issue every parent encounters eventually, because children bring it up on their own. If not from their parents, they learn about it from their teachers or peers and start to ask questions.

In religious families, there may be no dissonance between what is taught inside the home and in schools. And this seems like a good thing – no problem, right?

But it’s not always true, because there still may be gaps between what parents think and uphold and what grandparents do – for example. Or there can be different views with other parents in the community, or even between one parent and the other.

So, what do you do with those gaps? How do you handle things if your child says that God forbids eating something that you really like or that it’s wrong to drive on Saturdays (because of the Shabbat) and you really want to drive to the lake? What if your child is feeling anxious about habits and regulations that mean nothing to you?

On one hand, you want to raise your child according to your beliefs. On the other, I bet you want to have an honest, sensitive conversation with your child, to avoid stress.

What do Children Understand About God?

What is God? Like, really – what is this thing that we humans call God? I’m not talking about who is the right God – that’s up to your own belief system. I’m talking about the concept of God.

God is a super-abstract concept. Between you and me, we adults don’t always know how to explain or describe it.

Each tradition has its own variation of explaining what God is and how deep he or she is involved in our lives.  And in Western culture we usually explain God as an omnipresent, omnipotent being; someone who knows everything – even our deepest secrets; and someone who may judge us – sometimes harshly and violently.

Now, think about a newborn baby who just came into this world They are born into a world that has that same being exactly – the parent.

When babies are born, they cannot yet grasp the complexities of the world. They don’t have the capacity to differentiate between themselves and the environment. They certainly lack the language to understand who they are. All they have – experientially – is themselves.

The parents who take care of the baby – either mom or dad – are not perceived as a different, whole being. However, that parent is responsible for taking care of the baby’s needs.

This fundamental experience may be one of the reasons that humans developed the concept of God in the first place.

Anyway, without entered a discussion about the realness of God, we can use this experience to understand our children’s need to understand it for themselves.

But let’s move from the philosophical discussion to the practical one. Because little children hear different stories and view about God, and this may the place where arguments and frictions start to be present.

I don’t believe in God. What should I tell my child?

If you live in a place where God is mentioned or taught in schools, you may find yourself wondering about this question. Maybe you don’t want to confuse your child and negate what he or she is being taught in school. I hear parents who refrain from talking about God whatsoever, and don’t share their view about the non-existence of God with their kids.

I think this is a mistake. As an adult person, you do have an opinion, and you are entitled to your opinion. If you choose to tell your kids that God exists when you believe otherwise, this would probably won’t hold for long. Your children will eventually be on to you.

God, on the other hand, is a huge concept, engulfing many aspects of life. So if you choose not to share your views with your children just to avoid any frictions, you will create a dissonance that will grow and grow.

Everyone is Entitled to an Opinion

If you take only one thing from this post, I want it to be this: every one of us is entitled to his or her own beliefs. No belief is forbidden, in this context. This is the most important message you can give your children on this issue.

Eventually, we don’t really know what is true or false. We believe, but we don’t know. The King’s Road lies in our ability as parents to say that there are people who believe in God and people who do not – and both views are ok.

If there’s a contradiction between what you think and what your child thinks – you should refrain from telling him to think like you do, or that he’s just wrong.

The better option is to say to your child that he’s entitled to think what he thinks, but that you have a different view. It’s an awesome opportunity to engage in an open dialogue and try to convince each other (without fighting). Just think about the valuable lessons your child will learn to doubt, to hear different views with respect, to debate; and most importantly – he will feel that his opinion is heard and respected.

But what if the child insists we engage in religious acts?

We should differentiate between belief and behavior. If your child says he believes in God and you do not – that’s ok. If your child demands you go to church every Sunday and you don’t want to – that’s something else. This is where you, the parent, set the boundary.

In this case, I would say something the respects the child’s wish but sets the limit. For example: “It’s true the God may want us to visit the church every Sunday, and many people do that. But I and mom don’t really believe in God and we don’t feel obligated to do so. As the heads of the family, we don’t want to change our weekend habits”.

If the child is old enough to attend church by himself, I wouldn’t argue with him. Another example is food restrictions. In Judaism, it is forbidden to eat meat and dairy in the same dish. If my child will demand that we separate meat and dairy, I will respectfully tell him that in this family we do not do so, but if he wants to uphold it by himself, I won’t argue. Obviously, I will not cook only meat-and-dairy meals, just to spite. But I won’t make any special arrangements.

Breathe and let time do its thing

If your child is starting to talk about God and religion and you’re not on the same boat – or if the other way is true – don’t sweat it. Remember that children change their minds frequently. Let them talk, engage in conversation and don’t freak out. It’s not like they’re joining a cult (yet). Who knows what they will think or believe in a week, month or year?

Talking with children about God can be a wonderful opportunity to teach them about pluralism, cultural differences, and respect. Conduct these conversations in a respectful, curious way. When we discuss complex and sensitive issues with our children, we must remember that we are adults. They look up to us and our verbal and non-verbal messages affect them deeply. Deep down, they really need our approval. They hear many thoughts and beliefs and they don’t always know who to believe. Let them time, talk with them about there being many belief systems, and nothing is strictly black-and-white. And above all, remind yourself – and them – that everyone is entitled to their own beliefs. 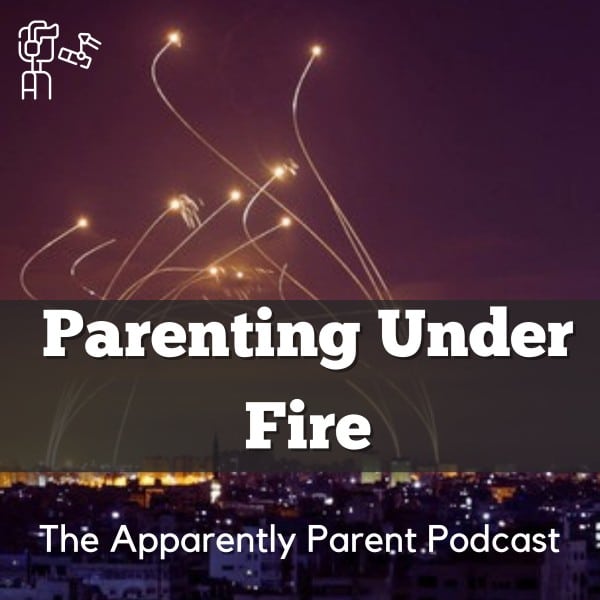 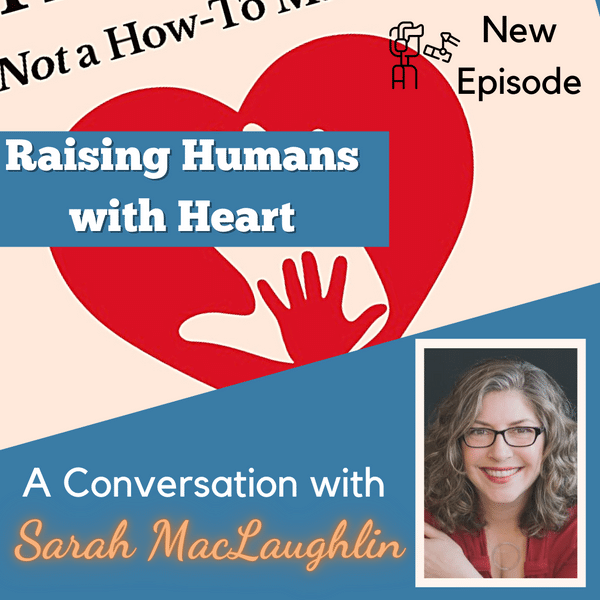 Welcome to the 59th episode of The Apparently Parent Podcast, and this is one you don’t want to miss because today I’m talking with Sarah MacLaughlin. Sarah is a social worker, parent educator, and author of the award-winning, bestselling book, What Not to Say: Tools for Talking with Young Children, and she recently published her… 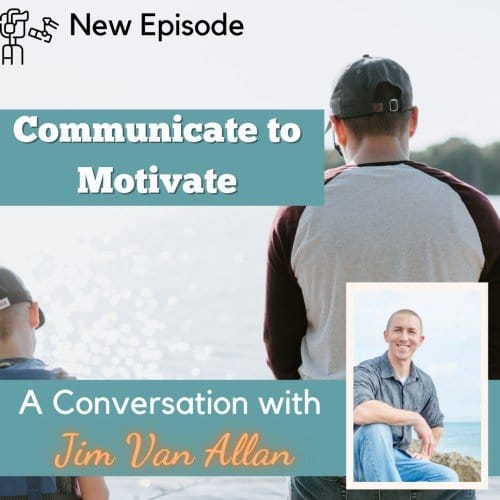 How do you motivate your children? What are the ways by which you can communicate your message to your children, no matter their age, and make them interested in what you have to say? This is not about getting them to listen in a disciplinary kind of way. This is about making a true connection…

If you’re a parent, you probably experience conflicts between you and your children throughout your day. When to get up, how to dress for school, what to eat, when to do homework, and don’t get me started on screen time! Many parents ask me to help them get rid of all the fights and conflicts… 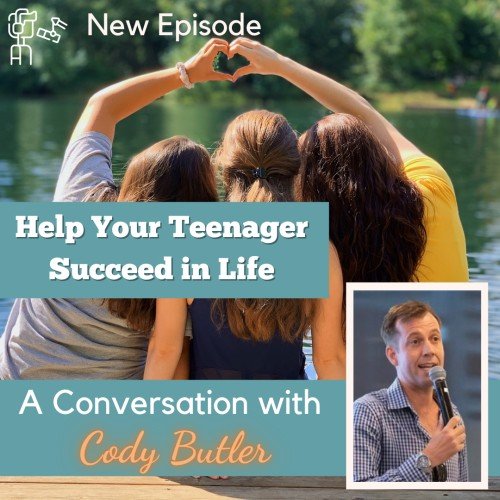 Welcome to episode 66 of The Apparently Parent Podcast! In this one, I’m talking to Cody Butler. Cody is the founder of Teen Success, and the creator of the “Teen Success Method”, where he teaches teens about confidence, self-esteem, and motivation. He’s also the author of the best-selling books “Got Attitude” and “Cut The B.S…