Temper Tantrums. Is there a scarier word for parents?

Think of how it sounds – TANTRUUUUUUUM!

You can really feel why it’s so scary, right?

Your child is all over the place. He’s screaming his lungs out. She’s throwing herself on the floor. They act like the complete opposite of the cute, lovely child you want the world to see.

And when it happens in public (and somehow it always is, right?) it’s even worse. Because you can just dismiss and hide temper tantrums away.

There are many tricks and tips for handling temper tantrums, but today I’m going to focus on one important thing you can to go through the next tantrum better.

Let’s start with a story from my own parenthood:

One day, after picking up the kids from kindergarten, we hanged in the playground, as we do almost daily. As we moved from one game to another, our boy announced that he decided to quit his soccer after-school class. We knew that he really liked this class so we wondered why has he decided to quit.

He explained that his best friend quit the class the week before. I told him that in my opinion, that’s not a good reason to quit something he enjoys and both me and my wife encouraged him to give the class another chance. But he made up his mind and we decided not to press the matter.

A couple of minutes later I saw him sitting by himself, looking grumpy. I went other and asked what happened. I thought that maybe a friend insulted him but he told me that both I and his mom have hurt him.

“You said that I’m not allowed to quit soccer!”, was his answer, which surprised me. I explained that we didn’t mean that he can’t quit, but that we thought it was not a good idea. “But that’s just our opinion”, I added, “and if that’s your decision, we are not going to force you to go”.

I think he understood what I was saying, but his anger was already flowing in his system. On the way home, he was still grumpy and continued by saying that we forbid him from quitting.

When we arrived home, he just spread his body all over the stairs and starting climbing in the speed of a handicapped turtle.

As both my wife and I were really tired, and she was carrying our little girl on her hands, we decided to just go around him and go upstairs, letting him climb in his own pace.

This is when all hell broke loose. You see, my boy really likes to be first when we’re going up or down the stairs. I don’t know why, but he sees it as a continuous contest. So, he just couldn’t take it that we went around him. He actually tried to hold me back by the legs and screamed – really really loudly – “IT’S NOT FAIR! I WANTED TO BE FIRST!”. After that, he just wailed his lungs out, twice, with a long scream full of pain.

What are Temper Tantrums and Why do They Happen?

Temper Tantrums are just a different way to say “anger attack”. Just like you have panic attacks, you can have anger attacks. We usually think that tantrums happen to little kids, but they can happen at any age. Adults usually have better emotional regulation capacities so the tantrums last shorter and look different (you rarely see an adult throwing himself on the ground, but think about that time you punched the wall or your desk only to regret it later).

If we want to help our kids (and, frankly, ourselves) when tantrums hit, we should understand briefly what’s going on in their brains at those moments.

Note that I wrote “when tantrums hit”, and not “when they throw a tantrum”. That’s intentional. You see, when our kids have a temper tantrum, we can feel attacked and have thoughts like “Why are they doing this to us??”. This is a very natural way of thinking, but if we can remember that it’s not something they are intentionally doing, but something that is happening to them – it will be easier for us to handle the situation.

What’s Going on in the Brain During a Tantrum?

For this discussion, we are going to oversimplify the brain and think of it as a two-part system. The first part is The Limbic System, which is located right in the middle of the brain. The limbic system, amongst other things, is responsible for our emotional experiences. Every time you feel sad, angry, scared, happy, excited – the limbic system is at work.

The second part is The Cortex. That’s the famous outer layer of the brain, which looks wrinkly. And we are focusing especially on the prefrontal cortex, which is located above your eyes. This area is responsible for the complex functions that make us human.

One of the major abilities of the cortex is to integrate all the information running through the brain into one consciousness. The cortex can also regulate thoughts and feelings according to the situation. But remember this – the prefrontal cortex doesn’t reach its peak functioning before we are approximately twenty.

I like to think of these two brain systems like Pandora’s Box. Inside the box, we have all our emotional demons and they are held inside with a heavy, meaningful lid. But during a tantrum, the lid is blown wide open and al the demons break loose and will stay loose, rampaging around, until the lid is put back in place.

Coming back to those moments with my son on the stairs, what could I have done?

One option was to fight fire with fire. I could have yelled at him to stop being such a spoiled pain in the ass and get back on his feet to come home. I could also have lifted him, kicking and screaming, and carrying him into the house. Both of these options wouldn’t have helped much because they would just press harder on his limbic system. He would have felt attacked by me and react with more anger.

Another option would be to start debating with him. I could try and talk some sense into him and explain that if he really wanted to be the first to climb the stairs, he should just get up and start walking. But remember the cortex, right? The logical part of the brain? That Pandora’s Box Lid? It’s just not in the game in those moments. All my logic would have just drowned in the abyss.

So I didn’t yell at him and I didn’t argue. I tried to do what everyone is saying about tantrums – stay cool and not respond. I let him shed all the anger away from his system, and waited.

But, as good a tip that it is, staying calm during your child’s tantrum is really hard. Temper tantrums are a really hard experience. You usually don’t see them coming and don’t know what to do. It can even be quite scary because you don’t understand how that sweet little kid has suddenly become this menacing monster.

And, as I said before, tantrums can happen in public, and that is even harder. When it happens in public we may be preoccupied with what others are thinking about us. We may think “why does he do that to me? Right here in front of everyone? After everything I have done for him??”

We go into this futile cognitive loop and feel driven to calm the child as soon as possible. But we can’t approach it logically, and we can’t force anything on the child, so we are stuck. So, what do we do?

Where There’s a Storm – Be the Sky

For those moments, I love thinking about our mind using the metaphor of the sky and the weather. This is what helped me in those moments with my boy.

You see, in everyone’s mind, there’s a special part that is all about looking inside. When our emotions are rumbling around, we find it hard to take a step back and observe what’s going on without getting carried away. But, this is exactly what we should strive to do.

That part of ourselves is like the sky. And our thoughts and feelings are like the weather. The weather keeps changing. One moment the sun is out and it’s nice and warm, then the next there’s a heavy heat wave. Sometimes it’s cool and nice to walk around but then it can be cold and stormy.

But the weather, as hard as it may be, cannot destroy the sky. Ever. The sky can hold the biggest storm, but sooner or later the weather will change.

This is what you should aim for when your child is having a tantrum. You want to be like the sky – big, expanding, unbreakable and able to hold big storms. You need to remember that like every other thing, this too shall pass.

It’s your job to be there for your child. Not to strike back, and not to dismiss or ignore his or feelings. Just be present. The storm will move away, the lid will close on Pandora’s Box and our child will be the sweet little thing we know and love once again.

Eventually, my boy climbed the stairs pretty quickly. He didn’t want to stay alone much longer. He ran to his favorite spot on the living room sofa and kept yelling at us while he snuggled more and more into a blanket.

The gaps between his yellings grew bigger and his voice became lower. And eventually, after almost 30 minutes of sitting quietly with himself, you could see him gathering himself and out of nowhere, he went to his mom and asked to do a puzzle with her.

The sun was out once again.

Giving birth to Sean was supposed to be one of Heather’s life greatest joys. Or so she believed all those years. Heather was an accomplished young woman. A best-selling author at the age of 27, winner of The National Book Award and teaching at a prestigious writing program. She came from a warm and supportive… 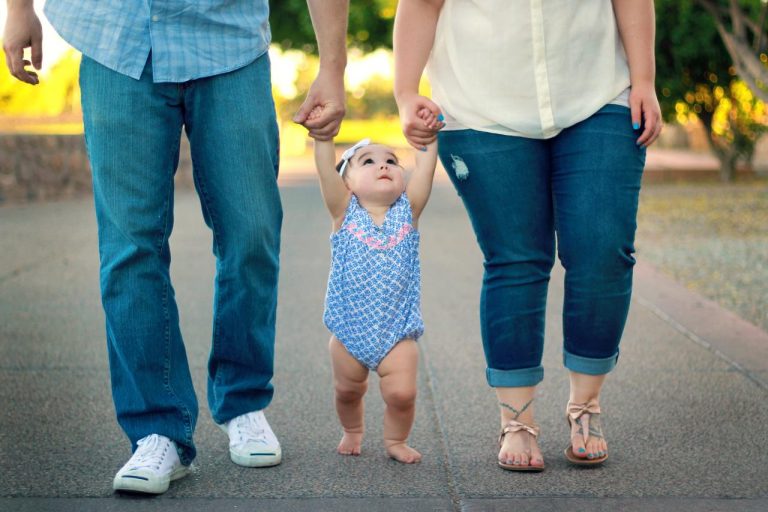 When we are dealing with anxiety, we must be careful not to confuse anxiety for weakness. This is especially true for children. When anxiety attacks, children can easily think of themselves as weak. And sometimes it’s us, the parents, who equate fear and weakness. And linking fears with weakness is a self-esteem killer if there… 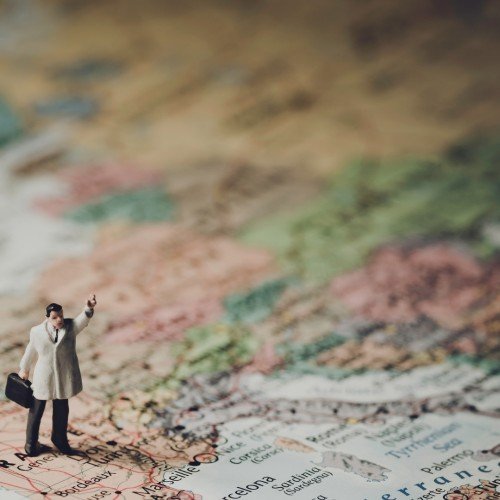 What are the most important Do’s and Don’ts that you HAVE to remember when you want to help your anxious child? I’m glad that you asked – because I have a special episode for you today. This is a recording of a LIVE session that I did in my free Facebook group, in which I…

Dealing with anxiety isn’t a walk in the park. Helping your child deal with his or her anxiety can be even harder. But it’s one of your jobs as a parent. In this episode, I’ll walk you through 5 things that parents tend to tell their anxious children that should really, really refrain from using…. 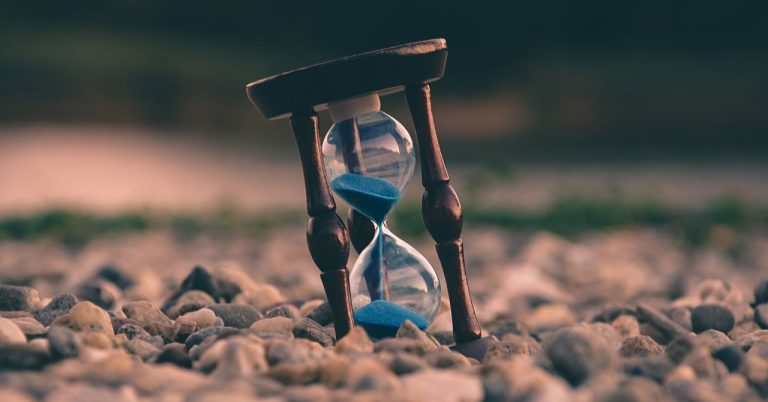 Death is one of the two things parents hate to talk about with kids (guess what’s the other one…) But Death is part of life, and just as you can’t avoid it, you shouldn’t avoid talking about it. In this episode, I discuss why it’s so hard for us parents to talk about death with… 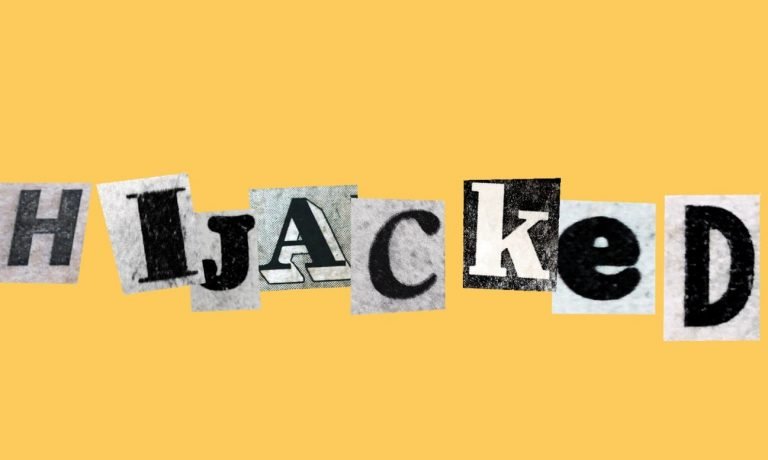 How many times have you caught yourself in the middle of yelling at your kid, suddenly thinking “who am I?? why am I acting like that?” Be honest: I’m sure it happened more than once. It happens to everybody. But why? Why does it happen? You have all the right intentions, you want to be…